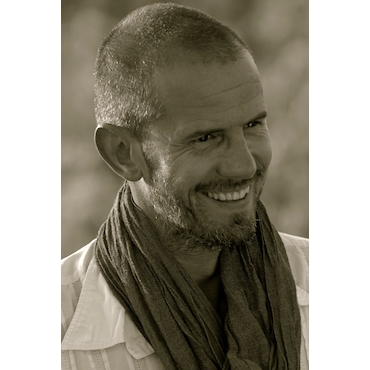 He studied in Italy with F. De Sapio (Actor’s Studio of New York) and in Argentina, after graduating in the "Escuela de Teatro de Buenos Aires" directed by Raul Serrano. He continued his training with Guillermo Angelelli and Marcelo Savignone. In Argentina, he starred in the play "El Ingenio de los Orvantes" by Yoska Lazaro and "Detras" by Marcelo Savignone. He has starred as "Berta" in the movie "Private" directed by Tinto Brass; as "Carcarlo" in "La vida es un carnaval" directed by Samuele Sbrighi; and as "Luca" in "Soledad", a short film directed by Marcelo Cepeda. Mr. Ravera appeared in the French television movie "Manhunt" directed by Laurent Jaoui and shot on location in La Paz, Bolivia. He has also appeared in television programs "Hombres de honor", "Sin codigo", "Sos mi vida", "El tiempo no para", "Son de fierro", and "Nini", among many others.
In 2008, he starred the reality show "Pasion Latina" directed by Juan Baldana and broadcast throughout South America by Fox Sports. In India he appeared in movies e.g. “Humshakals”, “Doctor Rakhmabai” and “Nannaku Prematho” among many others. Starting from March 2017 till present is “Megasthenes” in “Chandra Nandini” tv serial, directed by Ranjan Kumar Singh.

To watch his Old Show Reel with part of his works between Italy and Argentina, please copy and paste from here: