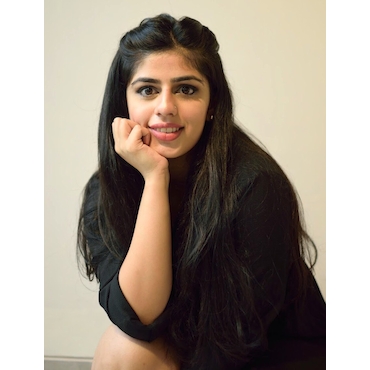 Actively been a part of theatre since the past 5 years.

· The play is designed for young adults and directed by Shena Gamat.

· I’m playing the character of a mother of the protagonist.

· It's written by Mike Kenny.

Worked and acted in a play, “What’s in a name?” directed by Sohaila Kapoor, Feb’18

· The play is a modern day adaptation of Romeo and Juliet with the hint of the Nitish Katara Murder case.

· I played the role of Jaiswi, the protagonist of the script.

Acted in a Play “The Trojan Women”, Directed by Faizal Alkazi : November’14

Led research, script writing, directed and acted in 10 stage and street plays as a part of the Theatre Society of Kamala Nehru College. Secured multiple awards at nationally renowned colleges and social groups.

Taught Underprivileged Children Theatre as a Teach for India initiative

Acted in a digital film for Meuri Contraceptive pills

· Modeled for Google Pixel : To be out soon

· Modeled for MasterCard : To be out soon


Acted in a Short Film, “Viraha"

· Was circulated in various Film Festivals in India.